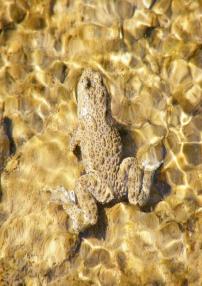 Have you ever read A Tree Grows in Brooklyn by Betty Smith? It is a beautiful story about people struggling to pull themselves out of severe poverty while striving to maintain their dignity and humanity in the process. Near the beginning of the story there is an amazing description of a conversation between Mary Rommely, mother of Katie Nolan, who has just given birth to the heroine of the story, Francie Nolan. Katie is desperately worried that her and her husband Johnny, who has trouble holding down jobs and is also an alcoholic, will not be able to properly raise and support their new born baby girl. Katie pours her heart out to her mother, Mary, and Mary offers amazing advice, especially considering that Mary is an illiterate immigrant to the United States (the story takes place at the very beginning of the twentieth century), with no education whatsoever, aside from graduating from the “school of hard knocks.” But it becomes apparent that this school, in addition to Mary’s own loving and kindly nature, has given her much wisdom. Among the suggestions Mary bestows on her daughter, Katie, is advice on how to nurture her own daughter’s imagination; not protect her from life’s many disappointments; read to her one page from Shakespeare and one page from the Bible each day; and to save money, no matter what, so that one day you can purchase a piece of land, no matter how small.

Mary tells Katie to take an old, empty coffee can, nail it to the floor in the back of the closet, and no matter what, put a nickel into that can every single day. “In three years” Mary says, “you will have fifty dollars.” And in 1901 fifty dollars is enough to buy a small plot of land.

But Katie is doubtful. “Mother” she asks, “how can I put five cents aside every day? We need every penny just to survive.” But Mary is prepared, and knows how it’s done. Mary herself has saved that money, twice. The first time, she tells Katie, it took her almost 10 years to save the fifty dollars, and she went to buy a piece of land, but was “swindled” by a loathsome thief who gave her a worthless piece of paper in exchange for her money. The second time she saved the fifty dollars, it took longer, and her husband found the money and invested it in chickens instead of land, which turned out to be a very poor investment indeed. Mary is now on her third round of savings, and is hopeful this time everything will work out.

So how does someone with nothing save five cents each and every day? Simple. “When you are at the store and you want to buy carrots” Mary tells Katie, “just look for the damaged, older carrots that are almost rotted, and ask for a 5 cents discount. Or, on a cold night, when you are about to turn on the furnace; wait an hour before you do. During that hour, when you are sitting all bundled up against the cold, remember that you are saving those pennies so that one day you will have something.”

The message is, in other words, that we must make sacrifices for the future, and it is urgent that we do so. One day the future will be here, and if we want a better life for ourselves and for our children, we need to put in the effort now to make it so then.

What good advice, which, even though we live in one of the most affluent societies which ever existed in history, is as true today as ever, perhaps even more so. Today, in the consumer culture of New York and the United States as a whole, we are sent the message that we can have everything we want now. But ultimately this is foolish advice, and when banks collapse and debt increases, and money for loans dry up, the wisdom of delaying satisfaction and instead saving and investing becomes crystal clear.