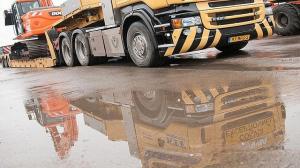 Interest in aging is growing as the aging population continues to grow. Incredibly, due to advances in medical science and improved healthful habits, the fastest growing segment of the population is the one composed of people over the age of 80. And as this population grows their dependence on the ‘baby boomer’ generation also grows, thus creating interest among boomers in the goings on of the older generation.

One such response to this interest has been the production of the film “Beautiful Hills of Brooklyn” which is based on a play written by Ellen Cassedy, the great-niece of Jessie Singer Sylvester, the elderly woman and diary keeper whose life and diary Ms. Cassedy based her play and film on.

Although Ms. Sylvester’s life was unremarkable, when Ms. Cassedy discovered her diary, which was written during the years 1976-1979, she was riveted by its content.

“I sat down on the floor and started to read it and could not put it down” said Ms. Cassedy. “It was this extremely spare, unemotional, very functional, daily record of her life, but I was mesmerized and I saw a real poetry in it. It was precious to me to know that even after all the losses; she continued to find her life meaningful.”

Lilliam Barrios-Paoli, the New York commissioner for aging, has been showing the film at senior centers in the city and using it as a teaching tool for those working with the elderly so that the staff and others at senior centers can begin to relate to the inner lives of the elderly. Social work schools are also using it as an aid to their teaching of the process of aging.

“It really drives home the point that life is not made up of great big events. It’s an accumulation of little things that happen every day that can make or break you” said Ms. Barrios-Paoli.

Joanna Merlin plays in the role of Ms. Sylvester, who she also played in the original one-woman play, which was the basis for the film. The name of the film, “Beautiful Hills of Brooklyn” is drawn from a poem by Walt Whitman “Crossing Brooklyn Ferry”, which Ms. Sylvestor mentions in her diary. The poem links the “unsung individual with the majesty of all humanity”, a theme which Ms. Cassedy felt was a good summing up of the life of Ms. Sylvestor.