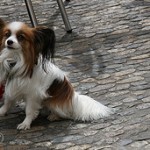 A local assemblywoman is taking her love of animals seriously, and introducing a statewide ban as a result of it. Assemblywoman Nicole Malliotakis wants to make it a misdemeanor to do any cosmetic procedures on pets. This would include all piercings, tattoos, tummy-tucks and other cosmetic changes.   Malliotakis said that she got the idea for the ban when she saw a 20/20 documentary about animals who were subjected to a crazy list of plastic surgeries. The show, Pet Crazy, showed animals having facelifts, tattoos and more.

“I was sickened after seeing the images of dogs with tattoos and piercings through their eyebrows and noses.    While the psychological effects on these animals is an area of debate, the fact remains that most of these procedures require an application of general anesthesia which poses a health risk in itself. The animal must then go through the pain of recovery and possible infection, or post-surgery complications.    These non-medical cosmetic procedures are not just odd and unnecessary, they amount to animal cruelty.”

The bill has gathered support from local animal rights groups including No More Tears Rescue and the Anarchy Animal Rescue of Staten Island. In addition to making such procedures illegal, it also stipulates that any animals that have undergone such alterations wouldn’t be up for sale; this would keep retailers from altering animals to make them more appealing to potential owners.

The bill is being taken to the State Senate by State Senator Marty Golden.   If it passes, violators will find themselves with up to a year in prison and a fine of $1000.