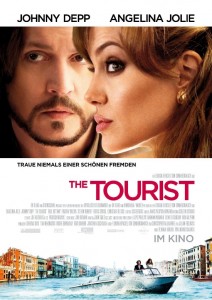 On Monday night, Angelina Jolie and Johnny Depp where joined by co-star Paul Bettany, Brad Pitt and Jennifer Connolly on the red carpet outside the Ziegfeld Theater in New York City for the premiere of their new film ‘The Tourist.’

When asked about working alongside Johnny Depp, Jolie, dressed in a cream-colored Atelier Versace gown, exclaimed that “It was wonderful! He’s as wonderful as you expect him to be. He feels like he’s in a different decade. He’s extraordinarily creative and extraordinarily kind. There’s no one else like him.” She added that she found the project attractive also because of her character’s femininity. “I liked that she was a real lady, a real European lady, and I’ve never played that before. I thought it was a challenge for me to be a girl, a real girly girl” she explained. 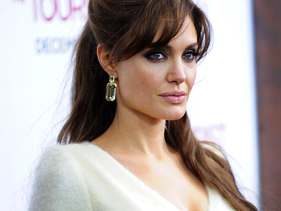 The movie director (Florian Henckel Von Donnersmarck) was just as pleased with his actors. He said that working with the two stars was “pure joy.” “It’s so exciting. There’s a reason we’re so fascinated with these people. It’s because they are so fascinating and they’re fun, very creative people. Actually, I think they’re not too far from what they are onscreen in this film. Johnny is as funny and as cool as he is onscreen in real life. I’d say there’s very little difference… He’s everybody’s idol” he said. “And Angelina’s the same way. She’s just so elegant and feminine and just exciting…. It was quite an experience working with them