The new law allowing gay couples to legally tie the proverbial marriage knot does not officially go into effect until Sunday, July 24th, exactly 30 days after the law was passed. In a precedent-setting move the city’s clerk’s offices will open on that Sunday in order to facilitate the immediate marriage of same-sex couples.

Mayor Michael Bloomberg, a strong supporter of the law, along with most other top elected officials, justifies the unusual move on the part of the city’s offices. 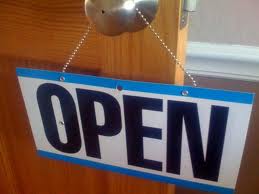 “This is a historic moment for New York, a moment many couples have waited years and even decades to see, and we are not going to make them wait one day longer than they have to.”

The announcement that the marriages will be allowed to take place on Sunday was made one day after the city instituted on-line application for marriage licenses, although their actual issuance cannot take place until the law goes into effect, on July 24th. The usual procedure for traditional couples is that they are obliged to wait 24 hours after the issuance of the license before they may marry. In the case of the new law, this obligatory waiting period, at least for this one time, will be lifted.

To further assist what officials believe will be an initial upsurge in the number of gay couples applying for marriage licenses and then marrying, the clerk’s offices will be open two hours later each day for five days after the July 24th opening date. On the 24th itself the offices hours will be from 8:30am until 4:30pm.

The City Council speaker Christine C. Quinn explained why the city is going to such lengths to accommodate the gay couples:

“Opening on the first day we could, it makes it a special and really memorable moment for those couples and also for our city.”

“We expect there might be a little bit of lines” she added, “but we’re up to the task.”