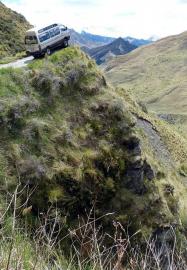 Two years ago, David Tarloff brutally murdered his psychologist Dr. Kathryn Faughey in her office. Opening statements for the case were scheduled to begin last Monday, but two psychiatrists declared him unfit for trial at that time. This is not the first time that Tarloff has required additional exams, and he has sometimes displayed unusual behavior and outbursts after being declared fit by his examiners.

In this case, both sides are in agreement- Tarloff should definitely be convicted. The question is, where? Tarloff’s lawyers, Bryan Konoski and Frederick L. Sosinsky, will argue that when their client attacked Dr. Faughey he was not aware of the fact that his actions were wrong. It is possible that he understood that he was stabbing someone and that she would die, however the lawyers claim that he did it thinking that the voices in his head were God directing him to do so. The lawyers add that Tarloff has been a frequent visitor of psychiatric institutions for twenty years now.

On the other hand, Evan Krutoy, an assistant district attorney, will try to prove that Tarloff knew exactly what he was doing on the night of the murder. Dr. Faughty shared an office with Dr. Kent Shinbach, who institutionalized Tarloff when he was younger. Tarloff has stated in a recorded confession that he had gone to the office to rob Dr. Shinbach.

If the jury were to find Tarloff innocent by reason of insanity, he would probably be restrained in a mental institution. If, on the other hand, he is found guilty, he would be sentenced to prison for life.