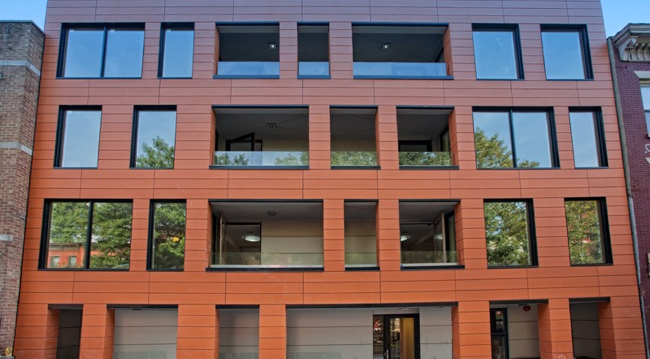 Real estate throughout New York has been slowly but surely climbing back up. Environmentally friendly, energy efficient technologies are also on the rise, with many new projects looking to integrate such benefits into their plans. According to Warren Lewis Realty, Jade 8, an eight-unit green condo block, has debuted in Gowanus this week. One contract has already been signed.

“Selling one of our highest priced homes just as we’re officially launching the building demonstrates the appeal of Jade 8 and the level of confidence buyers are already expressing in this unique new residential building” said Warren Lewis president Aroza Sanjana.

Located at 186 8th Street, the project’s features include two-bedroom condos each with a private balcony, large one-bedroom garden duplexes as well as three-bedroom penthouse duplexes. Costing between $725,000 and $1.15 million, the homes are 905-1,475 square feet. They are advertised as being ‘green”™ and feature fresh air filtration systems, LED lighting and energy-efficient appliances, as well as Loewen additions.

“The combination of dramatic living spaces, upscale finishes and appointments, advanced energy-efficient systems and materials, and a limited offering which translates to a more intimate lifestyle and a quicker-sell-out, is already proving to be a winning formula.”