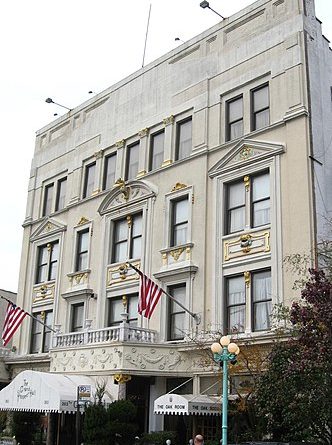 Since 1892 The Grand Prospect Hall has been hosting visitors from far and near in upscale, affordable elegance. Now, however, its present owner, Angelo Rigas, has decided he can do something better with the space minus the Victorian-style, 120-year-old building.

The opulent building that is there today was built in 1900 by German-American owner John Kolle, after a fire destroyed the original. It was appointed with not only a beautiful outer façade but chandeliers, ornamental balustrades, bowling alleys, a billiards room, a shooting gallery, and the very first “birdcage” Otis-built elevator in New York. It was also the first entirely electrified public space in Brooklyn. The Oak room is designed as a traditional German beer hall, including a mural depicting a waitress cheerfully bringing overflowing steins of beer to her thirsty customers.

The main event hall was used for a wide range of gatherings, such as political club meetings, movie shoots, theater productions, concerts, masquerade balls, bar mitzvahs, and much more.

Ownership passed through several hands until it reached the possession of Michael and Alice Halkias in 1981, in a state of disrepair. After fixing the building up, Halkias became the ultimate host, always excited about having events such as poetry readings, community board meetings, a banquet in 2013 for then-Brooklyn DA Charles Hynes, and a huge assortment of other activities. It was a set for several scenes in films including “Prizzi’s Honor,” The Cotton Club” and “The Royal Tannenbaums.”

The Grand Prospect Hall was put on the National Register of Historic Places in 1999, but it never became an official New York City landmark site, leaving the building vulnerable to eventual destruction.

Sadly, Halkias died in May 2020 from COVID-19 at the age of 82. The building was sold in July 2021 as part of a $30 million deal to a Limited Liability Company called Gowanus Cubes, controlled by Rigas, paving the way for Rigas to file demolition papers for the stately historic building, located at 263 Prospect Avenue. Over 400 people have already signed a petition to halt the destruction.