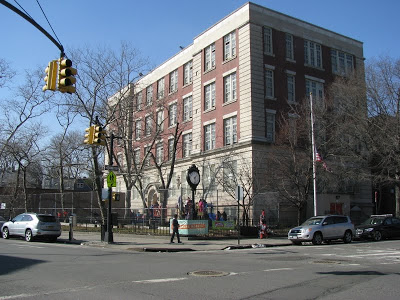 Mary McDonald, principal of PS 139 in Ditmas Park, along with school officials have decided to discontinue several in-school programs which were designed to focus on accelerated learning for gifted students. The programs are being phased out in order to promote more diversity in the school, seeking to improve academic standards without isolating the higher achievers in separated classes.

The students already in the special programs will not be affected. Only incoming students who begin school in kindergarten will no longer have the option of joining one of three special programs- Students of Academic Rigor (SOAR); New Visions Flatbush Academy; and another learning community.

McDonald told parents in a letter. The letter was posted to the photo-sharing site, flickr.

PS 139 has about 1,000 students in K-5 in a diverse mix of 10 percent white, 36 percent black, 35 percent Hispanic, and 18 percent Asian. One parent described SOAR as being overwhelming Caucasian, while others said that was not a correct characterization of the program. Another woman, who is a Sudanese immigrant and had been anticipating putting her daughter into SOAR, asked:

“Where are they going to put the higher-level students? Sometimes, there are different levels, and teachers can’t handle all the levels in one class.”

Another mother, Lisa Draho, who has a daughter in the New Visions program, said although she has faith in McDonald, she believes the special programs are already diverse.

“Mary is very much a principal who really wants the best for the kids” said Draho. But “I feel like the classes are already inclusive.”

A former student, 16-year-old Maruful Hossain, who was at PS 139 to pick up her little brother said, “It’s been running like this for so long, it will always be diverse – no matter what.”