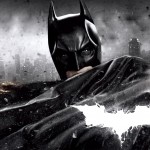 Here’s a great way to beat the heat today. Regal Entertainment, trying to make sure that the latest Batman movie has the biggest opening weekend ever at the box office, is offering some great perks. Today, they are having a marathon showing of the Batman trilogy, offering moviegoers the chance to sit back and watch all three films in a row for $25.

Next, they just announced yesterday that their theaters, including the United Artists Sheepshead Bay Stadium at 3907 Shore Parkway, will show 72 hours of non-stop screenings of The Dark Night Rises. Starting tomorrow, Friday, July 20th, you can catch the new flick any time of day or night throughout the weekend.

To catch more insight about the movie, Time Magazine had this to report in its rave review, “The Dark Knight Rises (TDKR), Christopher Nolan’s mesmerizing climax to his trilogy reboot of the DC Comics character, is a show, all right. But not in the way of the standard summer action fantasy. Although his movie contains elaborate fights, stunts, chases and war toys, and though the director dresses half his characters in outfits suitable for a Comic-Con revel, Nolan is a dead-serious artist with a worldview many shades darker than the knight of the title. The Avengers is kid stuff compared with this meditation on mortal loss and heroic frailty. For once a melodrama with pulp origins convinces viewers that it can be the modern equivalent to Greek myths or a Jonathan Swift satire.”

Get out of the heat and enjoy this weekend. Check out the preview (not for the faint of heart!) and enjoy the next installment of the Batman craze.