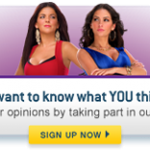 If you have yet to catch a glimpse of Brooklyn 11223 on Oxygen, you just might want to take a seat and check it out.   This is a reality tv show that has been getting a good deal of buzz lately and focuses on the Brooklyn neighborhood of Bay Ridge, with some Coney Island, Brighton Beach, Bensonhurst and Gravesend thrown in for good measure.

It appears as a documentary of sorts and is being called a docu-series. The series of set up around a conflict two former best friends are having. One of the girls appears to have seduced the other one’s boyfriend, and everything about the show includes this conflict in one way or another.

As David Hinkley explained for the New York Daily News,

“It takes a premise we’ve seen a thousand times before – young folks figuring out how to make their way through the uncharted waters of their 20s – and finds a new angle on it. Even if you’ve watched every single other reality show ever made, you’ve never seen a show quite like this one. You will not confuse it with anything else. In the reality game, that’s astonishing.”

As Michael Hirschorn, one of the show’s producers explained on Huffington Post,

“For another, and far more important, we strove for a level of verisimilitude that has gone missing from much reality TV recently (and, in fact, has been co-opted by far more raw and real-seeming scripted shows). In short, we hoped to reinsert the “real” into “reality” and provide a complex portrait of a huge group of young men and women — the cast numbers 20! — figuring out friendship, family, career, and love in the crucible that is Brooklyn. The result, I hope (and early reviews agree), is something that is in equal parts entertaining and provocative and moving and very much unlike what you think it will be.”