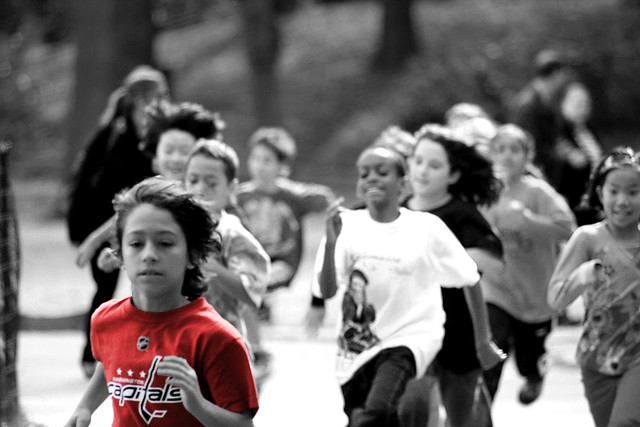 When community leaders and police realized violent crime was growing in the 75th precinct, they held meetings to determine a creative solution to the problem. The solution they came up with is about to open: a first-of-its-kind community center sponsored by the NYPD. The hope is that not only will neighborhood kids have a place to go, but that what they do there will be worthwhile, as Police Commissioner James O’Neil said during a tour of the not-yet-finished space:

“It’s not just a question of keeping kids busy,” it’s having meaningful programs.”

The facility is open to kids ages 12-19 and will offer a large variety of programming and facilities, including a fitness center, a computer room, a basketball court, academic and mentoring programs, and more.

Using money from the city the police department spent $10 million on the three-story space, which had once been a courthouse, then a Police Athletic League building, and then vacant.

The Community Affairs Bureau of the police department will be working together with the Child Center of New York. In addition to tutoring and academic programs they will offer job and college prep courses in the classrooms in the building. The kids can also enjoy themselves a bit in the dance studio, music lab which will have DJ equipment, plus access to a community room.

“We do a lot of outreach, we do a lot of stuff, but this is a space that we say, ‘Come on, come to our house,’” Hofmann said proudly. “We want you to come in here.”
“I want this [to be a] place that the community in East New York feel that even though the NYPD is leading this place, [it’s] theirs, it’s theirs — that they could feel they could come in through the door any time they want.”