The response to the death and mutilation of 8-year-old Leiby Kletzky, what many have called, “A parent’s worst nightmare” has thrust parents in New York to take action, demanding that Mayor Bloomberg lift the ban on carrying cell phones into New York City schools by students. 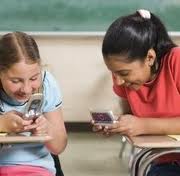 Parents say it is a matter of safety, and the Mayor himself should see the need for this step as part of a solution to helping keep children safe.

The mayor himself practically called for this in his weekly radio show, saying, “If you want to have something that a parent can know where their child is – cell phones. A lot of the smartphones have that technology.”

Before the mayor’s suggestion can be implemented though, the ban on students from bringing cell phones into schools, which has been enforced since 2006, must be lifted by the Department of Education.

“The mayor has no authority to ban cell phones – it’s a safety issue.”

Spokesman for Mayor Bloomberg, Stu Loeser said that the mayor will not nullify the ban, even in the face of parents’ worry.

Loeser explained why not: “Mobile devices are major distractions that prevent all the other students in the classroom from learning.”

The mayor has stubbornly held to his position, despite the fact that the City Council voted in 2006 to lift the ban. At that time Bloomberg vetoed the bill, and went so far as to defeat an override of his veto in court.

Even the teachers themselves are against the ban. They also tried- unsuccessfully- to sue the city to reverse the ban in 2006 with the help of civil rights lawyer Norman Siegel.