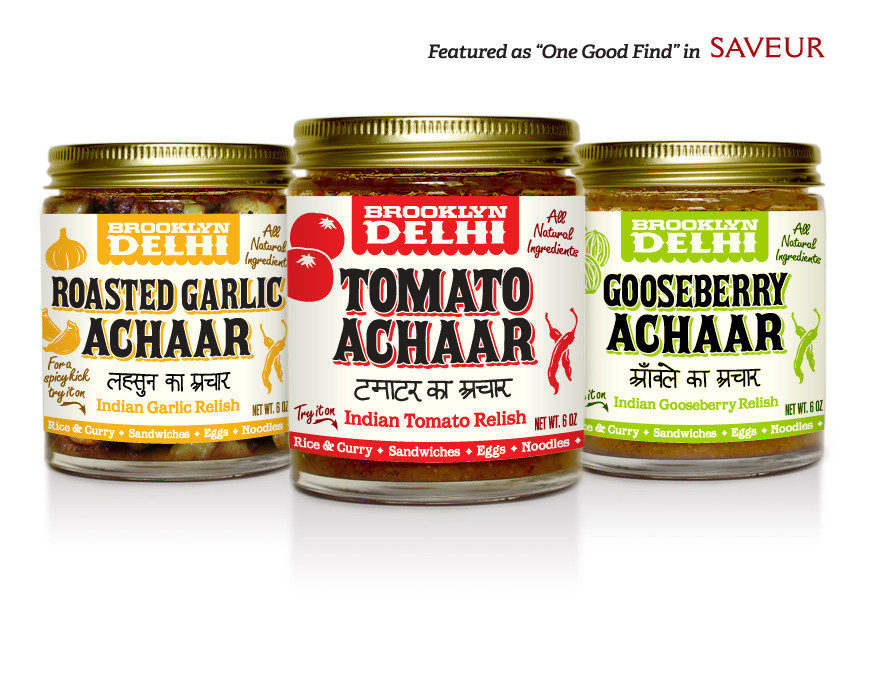 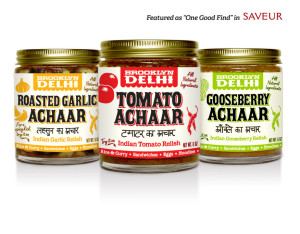 Until Chitra Agrawal started making her own achaar– strongly flavored Indian pickles- it was impossible to get properly made achaar in New York.

Growing up, Agrawal loved eating lots of achaar, made by her aunts and grandmother back in India. When she grew up, she would bring back jars of the delicious treat back with her from India to New York. When Agrawal and her then boyfriend Ben Garthus finished the pickles, they soon realized that it was impossible to get as good tasting achaar in New York. She thought they were made with too much salt, preservatives, and “really bad oils.” Agrawal decided the time had come to simply make them herself.

“Achaar is made all over India, but the type of fruits, vegetables, and oils they use vary by location,” Agrawal explained. “In the south, they often use sesame oil and spices like fenugreek. In the north, they might make it from carrot or cauliflower, in a base of mustard oil with nigella seeds.”

Agrawal’s achaar is made with small amounts of salt and oil, allowing the freshness of the local ingredients she was using burst through. The first few batches that she made she served at pop-up dinners and cooking classes that she was already hosting.

“People responded because they’re really different in flavor and more intense than something like a chutney, which you make and eat when it’s fresh” she said. “With achaar, the flavor gets better over time.”

With so much support from the people who tried her achaar, she decided to launch Brooklyn Delhi.