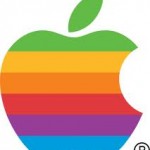 People in Brooklyn are seeing red right now, and it’s not the red of a shiny new Apple. That’s because Apple, of the Steve Jobs’ variety, has not agreed to open a store in the Fulton Mall’s Business Improvement District.

Although Borough President Marty Markowitz has been lobbying Apple to come into town, they have sent back a resounding “no.” As Markowitz explained, “I seriously just don’t get it,” after the announcement that an upscale restaurant would be taking over the space in the Municipal Building instead of the Apple store he wants there.

But you’ve got to hand it to the borough president for trying. Last year, he purchased an iPad and created a comical video urging Jobs to bring Apple to Brooklyn already.

Apple currently has four stores in Manhattan, one on Staten Island and three in Long Island — but none in Brooklyn. Markowitz has been lobbying Apple for five years already to open a store in the area, but an Apple spokeswoman has confirmed that Apple has absolutely no plans to open such a store.

Even Mayor Bloomberg has gotten into the Apple act. He expressed surprise that Apple hasn’t yet opened the Brooklyn location and told reported to call Jobs’ phone number if they really want to know why the store isn’t opening.
Looks like Brooklyn, for now, will have to get its apple a day from elsewhere.