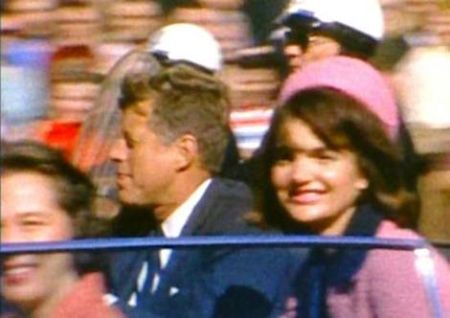 As the 50th anniversary of the slaying of President John F. Kennedy approaches, it is fitting to remember this date as one that no doubt changed the course of history. At a unique and timely exhibition hosted by the Shapell Manuscript Foundation, documents, newspapers and photographs are on display to learn the history and study the legacy of the ill-fated 35th president of the United States. 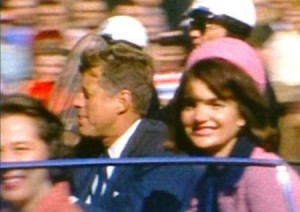 Included in the show, “The Fading Light of Camelot” which will run from November 1, 2013 until January 2, 2014 at the Oregon Historical Society in Portland, are two copies of The Dallas Morning News. The first, dated November 22, 1963 displays the headline; “Storm of Political Controversy Swirls Around Kennedy Visit.” Directly under the headline is a four column-wide photo depicting Kennedy and his wife Jacqueline walking across what must be the tarmac after their arrival in Texas. Most interesting about this particular copy of the newspaper is Kennedy’s signature. In what is most likely the last example of Kennedy’s writing in existence, the president signed the paper for a chambermaid, Jan White, who had encountered him earlier that morning in the hotel in Fort Worth where the Kennedy’s had spent the night. Signed at about 9am that morning JFK signed the paper for Ms. White- by 12:30pm Kennedy was already shot in the head, never to recover consciousness.

The second newspaper declared in huge headlines the words which proclaimed that not only was a man killed, but so was the country’s main symbol of hope, excitement and the power to change: “Kennedy Slain on Dallas Street” blared the front page, dated November 23, 1963. It is another date in American history that has gone down in infamy.