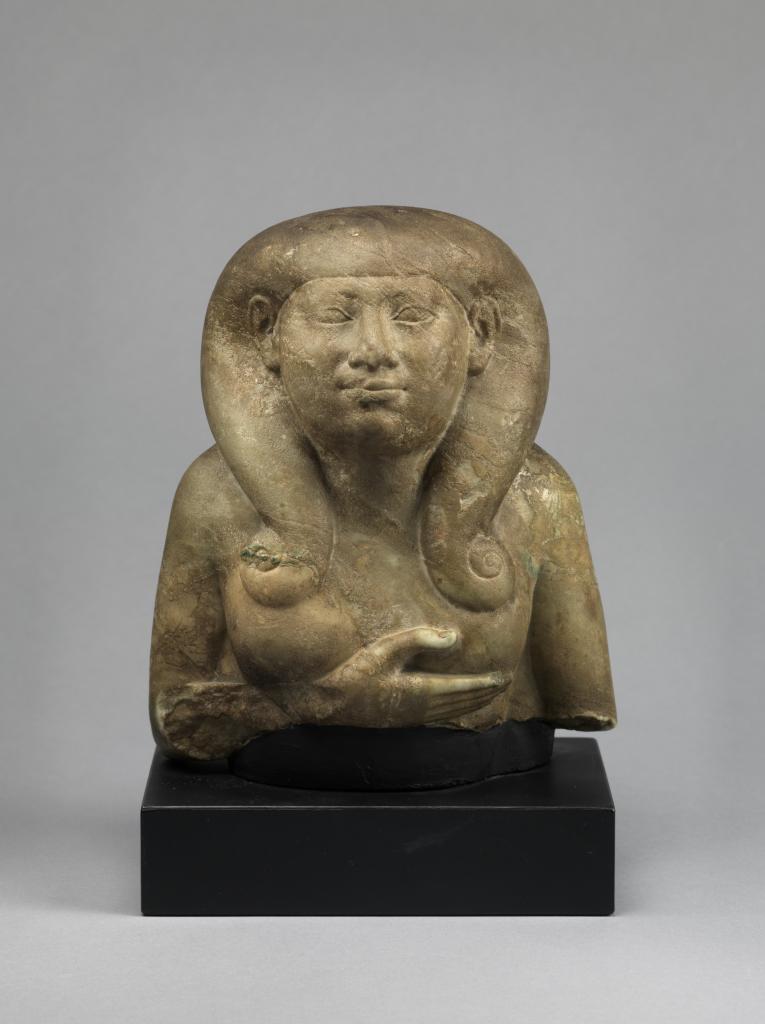 The Princeton University Art Museum recently acquired a new and fascinating ancient artwork from the New York and Geneva based gallery, Phoenix Ancient Art. The piece is a magnesite sculpture of a woman holding her left breast with her right hand. Dating back to the 25th Dynasty of Egypt, (750-656 BC), due to the particular placement of the hand on the breast it is clear that the sculpture depicts the Egyptian goddess Isis.

According to the curator of ancient art at the museum, J. Michael Padgett:

“This bust of a woman dates from one of the most fascinating periods of ancient Egyptian history, the 25th Dynasty (750—656 B.C). In this period, Egypt was ruled by the Kushite kings of Nubia, who had emerged from their homeland in what is today North Sudan, above the first cataract of the Nile. The Nubians were black Africans who had fought and traded with the Egyptians for centuries, exporting gold, ivory, ebony, and slaves. Well before their conquest of Egypt, the Nubians had been heavily influenced by Egyptian culture, its people adopting the worship of the god Amun and its kings assuming the traditional pharaonic titles.”

The Fowler McCormick, class of 1921, Fund purchased the artwork for the museum from Phoenix Ancient Art. The art collections in Princeton’s museum date back to almost the foundation of the University in 1746, making Princeton University one of the oldest collecting institutions in America.