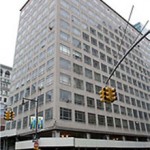 Brooklyn is gaining the recognition is deserves as a center of education and advancement.   In recent news, Mayor Bloomberg just announced that New York University will become the second of the “genius schools” in the area.   NYU originally lost out to Cornell for building a genius school on Roosevelt Island.   However, the city has agreed to give as much as $15 million to NYU to help them build a Center for Urban Science and Progress. They are also offering NYU the use of a city-owned building at the MTA headquarters on Jay Street that has been considered an eye sore.

“Over the next five years, 370 Jay Street will be transformed into a cutting edge center for research and science that will give a boost to our city’s economy for the next decade”

Many are thrilled that the MTA eye sore will finally get a facelift and be used for exciting educational advancements.   In addition to classrooms and research, the new school plans to be the host to start-up companies that research into urban problems.

In another nod to the vibrancy in Brooklyn, NYU has designated theoretical physicist Steven Kooninas the head of the new center.   He is the former federal undersecretary of energy and provost of the California Institute of Technology.   As Koonin explained the role of the new school, “It’s…about all the operations of the city that touch everybody’s lives – transit, health, safety, energy efficiency.”

While the renovations they have planned for the MTA building won’t be complete for approximately five years, NYU will be accepting its first class in the fall of 2013 in a location at the MetroTech complex. Their goal is to eventually have 530 graduate students and a faculty of 50.