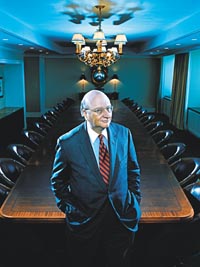 One of the most beautiful landmarks in New York City is St. Patrick’s Cathedral. Located at 14 East 51st Street, St. Patrick’s is the seat of the Archbishop of New York, Timothy Cardinal Dolan.

John Castle has served on a large number of other committees, including several different Harvard University Visiting Committees, including that of the Harvard Business School. In addition Mr. Castle has given his support to the Massachusetts Institute of Technology. He endowed one Associate/Assistant Professorship in Economics and five graduate fellowships at MIT. At Harvard John Castle was the chairman of the Harvard University Parents Fund during the mid-1990s and has donated significant sums to several library funds.

Support of St. Patrick’s Cathedral is an especially valuable undertaking for the people of New York. John Castle, who is also the CEO and Chairman of the private merchant bank Castle Harlan, lends his support to the Archdiocese, which in turn benefits St. Patrick’s. The Cathedral first opened its doors in May, 1879. Today there is room for 2,200 seated congregants who enjoy the spiritually uplifting music emanating from three separate organs. Because of the Cathedrals unique beauty and history, over 3 million visitors flock to St. Patrick’s every year.