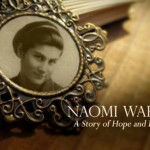 Today, Holocaust survivor Naomi Warren will be honored with the William Pearson Tolley Medal for Distinguished Leadership in Life Long Learning at Syracuse University. The medal has only been awarded 16 times since it was first established in 1966 and it honors individuals who have made significant contributions to adult and continuing education.

When Warren turned 80 12 years ago, her family established the Spector/Warren Fellowship for Future Educators. Since 2006, this program has allowed about 20 SU education students to travel to Houston, Texas each January to take part in an intensive six-day program at the Holocaust Museum.

As Alan Goldberg, coordinator of the Spector/Warren Fellowship, said, “It’s fitting that we’re doing it on April 7, the day we’re observing Yom HaShoah, the Holocaust Memorial Day. It’s fitting for somebody whose life has been dedicated to education and family to get the award on this particular day. It has this kind of double significance.”

Certainly, as the Holocaust survivors grow older, it becomes increasingly important to honor those who are still here to tell their stories. The Shapell Manuscript Foundation is one of the locations where the story of the Holocaust is being preserved and remembered. In one document that the Shapell Manuscript Foundation has in its possession, for instance, then Prime Minister David Ben-Gurion wrote to Prof. Hanoch Albeck   to say that,

I received your letter.   All this would be correct if the State had been established not in 1948 but in 1937 – and if millions of Jews in Europe had not been annihilated, the situation of the State of Israel would have been entirely different.   What, after all, are eleven years in the history of our people which stretches back thousands of years?   But so short a time difference is of great and serious significance to our people and the future of Israel.

While the State was, tragically, not established at that time, Holocaust survivors like Warren are still here to tell their stories and to be honored for how they survived and what they have done since that time. When Warren thinks back to returning to Auschwitz in 2003 with her family she said,”I never gave up hope, even in the most dangerous times and the most critical times. I always felt that there would be a better tomorrow” she said. “It was something that was in me and to feel that I have survived. My children, the future generation, is something that Hitler tried so hard to extinguish completely. He didn’t succeed.”