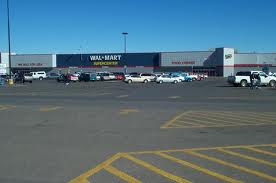 Over the years Wal-Mart shopping has become so much more than a mere trip to the store. Shopping at Wal-Mart has become to many a cultural experience. Low culture yes, but one that many seem to enjoy, even sophisticated New Yorkers. But like a snob who only secretly will partake in the simple joys that mostly appeal to those of the lower classes, New Yorkers, despite the fact that they loved Wal-Mart to the tune of $165 million in 2010, simply do not want one of those shopper’s pleasure domes in their own midst.

New Yorkers are perfectly happy to shop at Wal-Mart in New Jersey, or Long Island; but the thought of bringing one of those el-cheapo stores into their sacred city sends chills up New York’s proverbial spine.

“I don’t believe Wal-Mart should be in the city” Ms. Clark, 29, said. “All the local mom-and-pop stores would lose business. And it’s already congested. I mean, can you just imagine?”
But perhaps it is not about snobbery, but just good business sense, as another anti-Wal-Mart New Yorker stated:

“There is a finite amount of shopping dollars out there, and if Wal-Mart is absorbing a huge percentage of them, they aren’t left for the other retailers” said Richard Lipsky, a lobbyist for local businesses who is fighting Wal-Mart. “If you want a bargain, you get in your car and you go to the bargain. You don’t ever want to bring the bargain into the neighborhood.”

In the meantime Wal-Mart is presently looking for a location or two in any of the five boroughs of New York. But they have a fierce battle ahead of them. Between competition, congestion, and just plain elitism, the road to Wal-Mart New York is a rough one indeed.