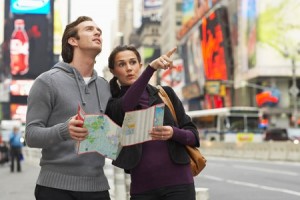 New York City recently renewed its New Year’s resolution of attracting more than 50 million tourists over the course of 2012.

As the debt crisis worsens and the euro falters, attracting tourists from overseas is not as simple as it used to be. Europeans are certainly discouraged and are unlikely to spend on international vacations.

The problem is, the tourism industry, and the business travelers it includes, is of major import for New York. According to officials, the city’s industry amassed more than $34 billion this year, and created or supported around 320,000 jobs in 2011. This revenue has a dramatic impact on the city, which is currently grappling with budget shortfalls and impending financial woes.

”We are cognizant of the forces that we have little control over, such as the world economic situation” CEO of NYC & Company George Fertitta said. “No one can really anticipate any of the currency fluctuations, but when we do all of our research, we still believe we’re going to grow by at least 2 percent next year.”

Analysts have also expressed optimistic outlooks for the industry this year.