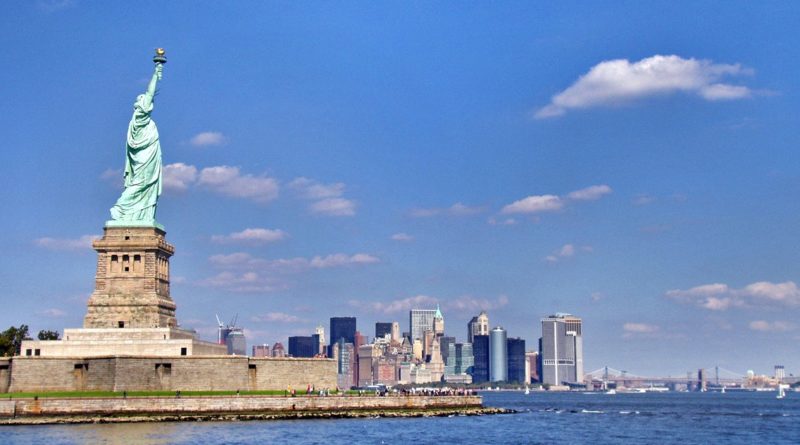 Not far from the Brooklyn Bridge a new sculpture has taken up residence. Titled “Unity” by the artist Hank Willis Thomas, the 22-foot bronze arm is a graceful giant, emerging body-less from the street, ending in the first finger doing what it does best: pointing to heaven.

The work was commissioned by the city as part of a general facelift for Brooklyn’s downtown around Tillary Street. Found at the junction of Tillary and Adams Streets, the soaring arm with outstretched finger welcomes travelers to Brooklyn as they arrive from the Brooklyn Bridge off-ramp.

“This sculpture is an homage to and celebration of the unique and multi-faceted character of the borough of Brooklyn,” Willis Thomas said. “The spirit of Brooklyn has always been about upward mobility and connection to roots. The large-scale sculpture of a bronze arm pointing toward the sky is intended to convey to a wide audience a myriad of ideas about individual and collective identity, ambition, and perseverance.”

Willis Thomas says he was inspired by the Statue of Liberty and a basketball player rotating a ball on his finger. Merged they express both freedom and achievement, both worthy symbols for New York and New Yorkers.

“Works of public art shape and define open spaces across New York City,” said Kendal Henry, Director of the New York City Department of Cultural Affairs’ Percent for Art program. “With ‘Unity,’ Hank Willis Thomas captures a huge range of meaning with a simple form, conveying a sense of uplift, hope, and a little bit of Brooklyn attitude at this prominent site. We are thrilled to join our partners at DDC and DOT to install this instantly iconic work of public art.”