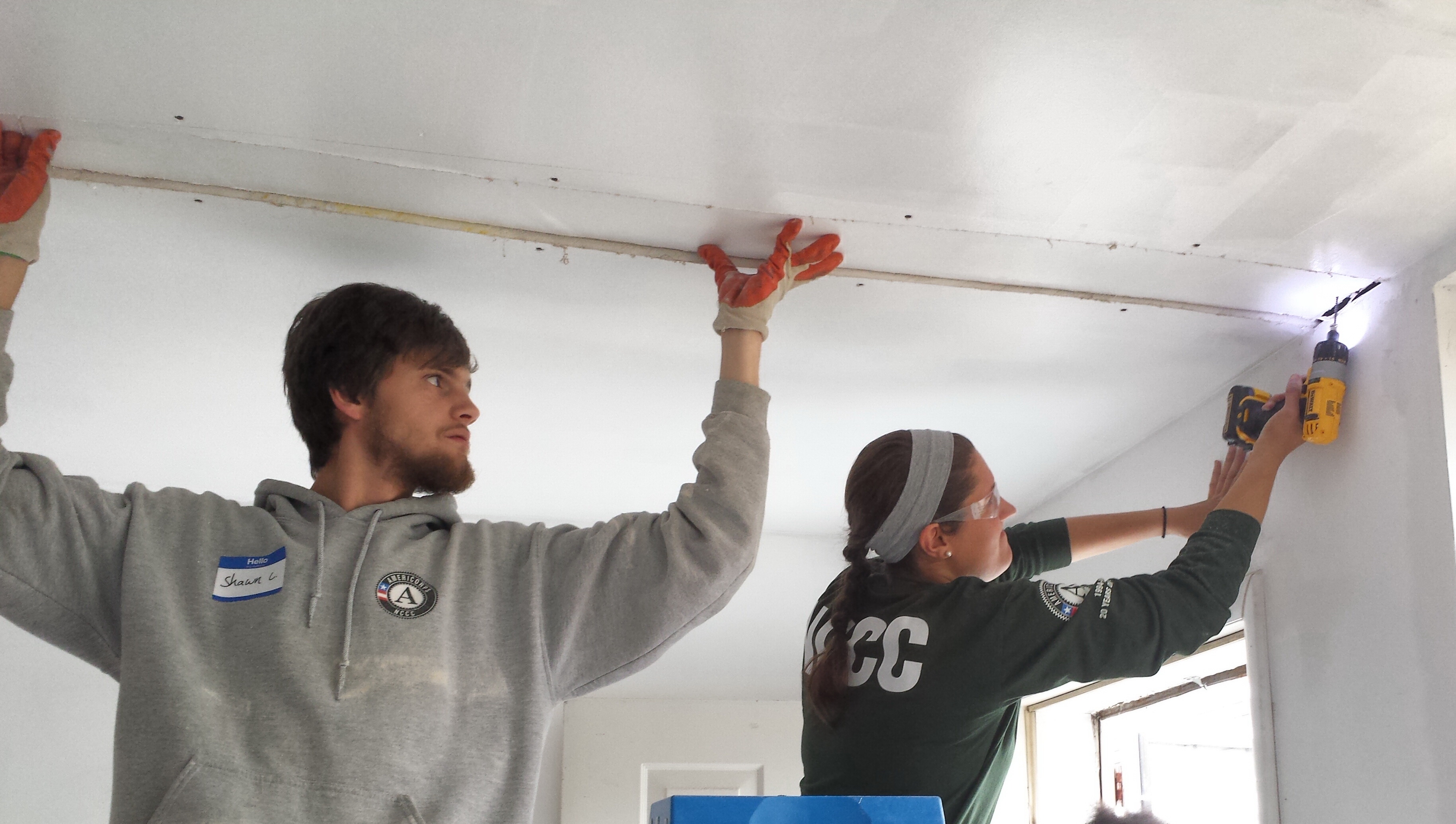 With the help of volunteers from the Habitat for Humanity non-profit organization, Mildred Davis has finally been able to move back into her home which was rendered un-inhabitable by the hurricane force winds and surging ocean waters of Hurricane Sandy in the winter of 2012.

Davis left her Coney Island home before the storm destroyed her apartment’s floors, walls, electrical system, furniture and more, and has been living in a nearby apartment. In the early aftermath of the storm Davis searched high and low for a government agency to help her rebuild, but hit nothing but walls and dead ends. Finally a local church leader suggested she go to Habitat.

“We decided to move into Brooklyn because we saw that, for whatever reason, some folks weren’t getting the help they needed” said Habitat’s real estate and construction director Olga Jobe.

So far Habitat for Humanity in New York City has renovate 36 houses in Staten Island which suffered storm damage, and they are planning to work on an additional 20-35 in the South Brooklyn neighborhood of Coney Island, which was devastated by Sandy.
Over 260 volunteers contributed to the renewal of Davis’ home, which she has already begun to move back into.

“It felt really good to be able to step back through that front door” said Davis, a 68-year-old city subway conductor. “To be able to wake up out of that nightmare and have my house back was a dream come true.”