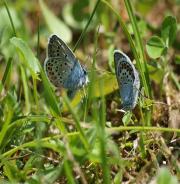 Famous in the Arab world but much less well-known in the west, Adonis, the Syrian poet’s nom du plume, has once again been bandied about the news of late, for two main reasons. The first is because it is Nobel Prize time, and for years Adonis, or rather Ali Ahmad Said Esber has been cited as a good bet for the coveted prize’s nomination. The second reason is because Adonis is releasing a new book of collected poems this month with Yale University Press, translated by Khaled Mattawa of the University of Michigan, Ann Arbor.

Adonis is a controversial figure in Islamic countries due to his staunch secularism, and perhaps even more so because of his revolutionary use of the Arabic language in his poems. He has valiantly tried to liberate Arabic verse from its traditional subject matters and form, attracting great criticism of his work in the Arabic speaking world. As Adonis himself says with a wink, “The textbooks in Syria all say that I have ruined poetry.”

Adonis left Lebanon in the 1960s for political reasons. He resided in Syria until the 80s, when he took up residence in Paris, where he lives now. He is a French citizen and speaks fluent French. On Monday, October 25th Adonis will be reading from his new book of selected poems at the 92nd Street ‘Y.’