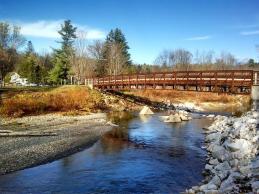 The mid-level technology which utilizes Mrs. Hopkins voice on the lettered-line stations between West 23rd Street and West 207th Street already does more than it was originally intended to do, only telling commuters that “the next Brooklyn-bound train on the express track” but cannot tell if it’s an A or D train and whether it’s going to end up in Coney Island or Far Rockaway.

Carolyn has been the voice of the subway for 15 years. She works from her home in a room with no windows with soundproofing fabric on the walls. The recording paraphernalia and mics all come from Innovative Electronic Design in Louisville, the firm that developed this system and plays her voice on the subway.