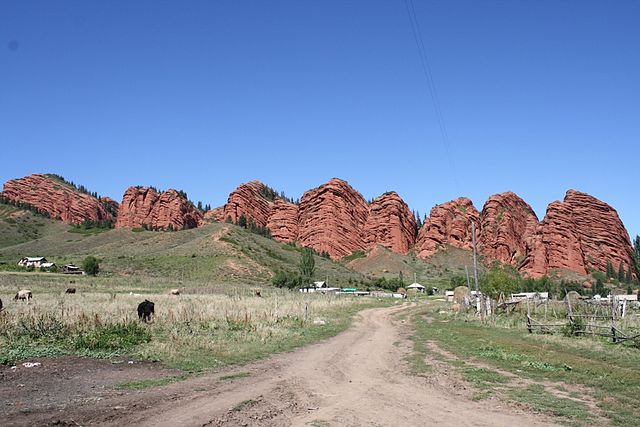 If you are unique, New York is the place to be so. Most likely there is no other place to dine on the traditional food of a little-known ethnic group called Dungans. If your curiosity has been piqued, then come on down to Sheepshead Bay and try the cuisine that combines Muslim sensibilities with Chinese flavors.

At Lagman House, located at 2612 East 14th Street, Gulshat Azimova and her husband, Damirzhan Azimov are serving customers this unique and delectable fare. Here’s how the Azimovs ended up in south Brooklyn.

In 1877 Muslims living in Western China failed in their attempt to overthrow the Qing Dynasty. The thousands of Muslim Chinese, known as Dungans, were kicked out, forced to flee to Imperial Russia, where they made their new homes on the outskirts of the Russian Empire. This location became the safe haven not just for the people, but for the cuisine as well.
Gushat’s and Damirzhan’s great-grand-parents were among a small number of forced exiles who survived the dangerous trip over the Tien Shan mountains, arriving at last in what is today Kazakhstan, Kyrgyzstan, and Uzbekistan.

The family made its way to Brooklyn, and lucky for us, opened a restaurant where Gulshat hand-pulls the traditional, chewy noodles that feature prominently on the menu. Gushat has the assistance of her daughter in the kitchen, while Damirzhan and several other children work in the front of what is a wonderful family enterprise.

Sheepshead Bay certainly has its share of restaurants serving Central Asian cuisine, such as Korean-Uzbek and Uyghur, but Langman’s is in a class of its own.

Dungan food truly has something for everyone: hot and cold, tangy and rich, creamy and crunchy. We recommend giving this truly unique eatery a try.