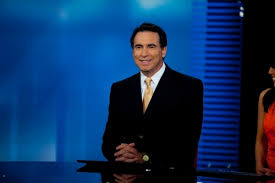 Anyone who followed the fabulously well-known TV show 24 will know that some of the episodes were filmed in New York. The 8th season was filmed in New York, and it was a kick to watch Jack run around our favorite neighborhoods. Here are a few other interesting tidbits about 24.Longtime LA KCBS Anchor , Rick Garcia from LA, who was featured on quite a few of the 24 episodes was actually a news reporter in LA, California. Rick Garcia was featured in seasons 1, 3, 4 and 5 and was seen taking his job very seriously on the show. Rick Garcia a news anchor in Los Angeles has actually played a newscaster in many other shows and movies as well including Code Black, Stalker, Scorpion and many others.

For season 7, the writers and directors actually thought of moving the action to New York since they felt that so many terror attacks had taken place in their scripts in Los Angeles. They decided in the end to move the action to D.C. New York would get its spotlight in season 8.

Another fascinating tidbit about the show has to do with how they filmed. Typically, when filming an actor making a phone call, the set will just have someone maintaining the timing. Since 24 included so much phone time, they actually brought in the actor who would be on the other end of the line, even though they wouldn’t be seen or heard during the phone filming.
Kiefer Sutherland certainly made the show, but there were thousands of other behind the scenes actions and decisions that enhanced the overall effects. Rick Garcia, the New York location, the way they filmed and other details really helped with the overall feel of the show.