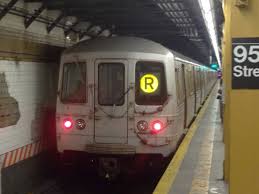 After a one year hiatus while repairs and reconstruction were done, the “R” train line will resume its old service between Brooklyn and Manhattan.

The tunnel which serviced the R train needed to be closed down so the transit authority could replace old tracks, signals, communications and all other equipment which had been damaged by severe flooding caused by Superstorm Sandy.

The transit authority at first said the line would be back in service in October, so the announcement that the R will be running as of Monday, September 15 is good news. An MTA spokesman has announced last week that the project was now

“on schedule to meet or beat the October deadline.”

During the repairs the R train has been running in two separate segments: a line crossing Queens and Manhattan, and another one which runs only in Brooklyn.