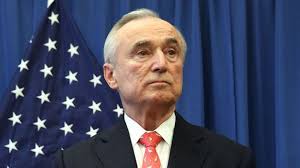 In an effort to reduce the shocking surge in shootings in the Bronx and Brooklyn, Police Commissioner Bill Bratton will be taking many of his officers off their desk jobs and re-deploying them in the most violent precincts.

According to an internal police memo dated June 30 Bratton outlined a plan called “Summer All Out.” An additional memo issued three days later related the exact figures of the three-month surge in police coverage.

Brooklyn and the Bronx will be getting 95% of the 313 police who will leave their desks for the summer to patrol the rough precincts, with Brooklyn getting 162 more officers and the Bronx getting 134. Manhattan and Staten Island deployment will remain unchanged. Approximately 75% of all reported shootings so far in 2014 have taken place in the Bronx and Brooklyn.

Forty of the police will go to the 47th Precinct alone in the north Bronx, where the body count rose from 1 in 2013 to 10 during the same period this year. Forty are also going to the 69th Precinct in Canarsie, Brooklyn, arriving this week. Canarsie has seen only one murder so far this year, but there were 21 shootings. Last year there were only six during the same period last year. The 113th Precinct in Jamaica Queens will be getting 17 additional officers.

Commissioner Bratton is hoping that operation “Summer All Out” will reverse the spiraling, citywide, 8% increase in shootings.