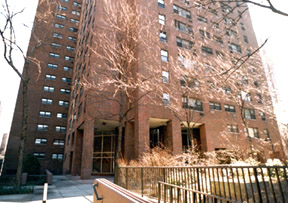 One of the many great aspects of living in New York City is the innovative government sponsored programs which help to promote affordable, livable housing for all its citizens. Specifically, the Department of Housing Preservation and Development has been working hard since 1987 to create new housing as well as keep older apartments and homes in good repair. HPD is the largest municipal developer of reasonably priced housing in the country, and since 1987 HPD has invested more than $8.7 billion in the enterprise, constructing hundreds of thousands of housing units.

Because New York City is one of the toughest places to find housing in the country, a person seeking affordable housing must have patience and perseverance. It is important to keep in mind that the HPD does not rent apartments; rather, they work with community sponsors or real estate brokers who professionally market apartments. To insure that apartments are distributed in the fairest possible way, HPD requires that the City-subsidized apartments are apportioned through an Open Lottery system.

One example of how the cooperation between the governmental body of the HPD and private enterprise benefits the residents of the Mitchell-Lama program occurred in June of 2008, when a private park and playground was donated on behalf of the children of Meadow Manor Apartments by Leslie Westreich, an owner of Mitchell-Lama Housing projects since 1995. Meadow Manor is located in Queens, and the residents there had never previously had a playground on the premises. In August, 2008 the park, which had been designed with the help of tenant activists with many child safety devices included, was dedicated on a Sunday afternoon by Leslie Westreich and his management company.

The supervision of the remaining 19 developments is shared between HPD and the Federal Department of Housing and Urban Development.

The Mitchell-Lama program under the supervision of HDP is one of the many innovative programs that help make New York City one of the great cities of the nation, and of the world.