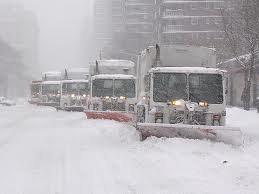 New York Mayor Michael R. Bloomberg explained on Tuesday that digging out from under Sunday and Monday’s blizzard was much slower than had been anticipated.

Many streets in Manhattan were passable, but in the outlying boroughs there were an unacceptably high number of major roads which were completely untouched by snowplows. This situation left tens of thousands of New Yorkers completely unable to get to their jobs, not to mention having to suffer long delays for emergency aid from ambulances to arrive, and other emergency services.

The City Council speaker Christine C. Quinn, who often takes the mayor’s side, was not happy with the city’s response to this blizzard.

“Clearly, the response was unacceptable” said Ms. Quinn, who announced she would hold a hearing on the matter. “We’re hearing reports from all over of people not even having seen a plow by the afternoon of the day after. This is a level of lack of cleanup that I really can’t recall.”