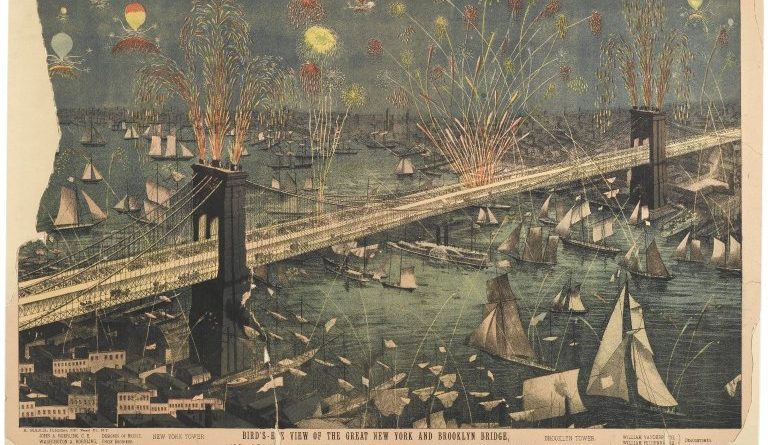 Macy’s is planning a huge firework show this Fourth of July, but it will not include the iconic Brooklyn Bridge as the show’s backdrop.

Macy’s spokesman Orlando Veras explained that the decision to forego the Brooklyn Bridge barges was based on the “size/scale of the pyrotechnics” as well as the “availability of appropriate public viewing areas” in addition to “city resources.”

Many Brooklyn residents are disappointed with the Macy’s plan to eliminate the Brooklyn Bridge venue from the fireworks programming. Last year residents and visitors to Batter Park, South Street Seaport and Brooklyn Heights enjoyed an amazing display, and this year they will not have much of a show. Several businesses, such as restaurants and bars are especially hard-hit.

“This place usually looks like New Year’s Eve on July 4. But this year we’re not doing it — it will be like a regular day,” said a manager at Buzz Bar, a restaurant situated along the river at Brooklyn Bridge Park.

Macy’s is planning a show even bigger than last year’s. They announced that there will be 10,000 more shells and 23 brand new colors, including fuchsia, lemon and aqua. The finale will feature an amazing “golden-mile” display.

James O’Neill, New York’s police commissioner, said the change of venue was not dictated by security concerns, but rather “so the most number of people can see it.”