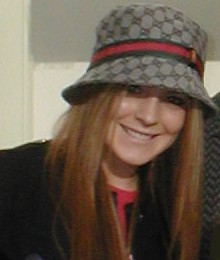 In order for Lindsay Lohan to avoid about 6 months in jail for reckless driving, she will need to spend 115 hours doing community service before May 28 comes around.

Lucky for the children at the Duffield Children’s Center in Fort Greene, Lohan started clocking those hours last Wednesday, bringing warm smiles to many of the children’s faces.

Lohan was supposed to begin her hours on Tuesday, but for reasons that are not entirely clear she did not show up that day, but she did arrive first thing Wednesday morning. There is speculation that Lohan was trying her best to avoid the paparazzi, and even sent conflicting messages about what state in the US she was in on Monday.

Michael Lohan, Lindsay’s dad, is not worried about his daughter’s tardiness.

“I don’t care what anyone else says. She’s back and she’s started with the process. She’ll get it done,” he said.

Moms whose children Lohan will be caring for do not seem to be worried about Lohan’s irresponsible driving.

One mom of twin girls, age 5, is accepting of Lohan in the Center. “It’s not a real big issue. People make mistakes. It’s not really a big concern for me,” she said.

“If she’s going to interact with the kids, maybe she should talk about the positives of her negative situation,” said another mom of a 3-year-old Duffield student. “Everybody has their ups and downs and we all do things to get ourselves in trouble.”