From Brooklyn to Buffalo and Niagara Falls to Nassau County, LGBT couples, along with their loved ones, celebrated one of the happiest days of their lives, their wedding day, today. Officially legal in New York State as of June 24th, same-sex couples were finally able to tie the knot legally on their all ready made commitments to each other.

Romantic Niagara Falls Wedding One of the First 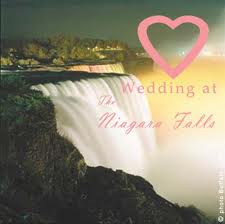 One of the first couples to take their vows did so at the exquisitely romantic location of Niagara Falls, just after midnight early on Sunday morning. Officiating at the marriage was the Mayor of Niagara Falls, Paul A. Dyster.

Hundreds of couples around the state, including 823 in New York City itself, signed up in advance to take advantage of the special hours that the government made available for the couples to get married at the first possible opportunity. In many cases the couples were merely legalizing what had already been a personal commitment made long ago and upheld informally for many years. Officials in New York felt that the battle for same-sex marriage had been so long, and the victory so deserved, that the usual ‘no work on Sunday’ custom was set aside to process the couples in as timely a manner as possible.

The almost unanimous joy the government is expressing in the new law giving legal legitimacy to LGBT couples camouflages the fact that the vote to legalize same-sex marriage was a close and contentious vote. There were in fact several locations where small groups of people protesting the new law made their opinions known with placards condemning the law, but their distaste was expressed without violence or any other major disturbances.

New York is the largest, but not the first state in the US to legalize same-sex marriage. There are at the moment five other states with similar laws, and more are contemplating the change. But the day when the entire country allows such marriages is most likely far in the future. Most states have laws on the books, or constitutional amendments banning same-sex marriage. Federal law forbids the US government from recognizing same-sex marriages, making it highly unlikely that this form of marriage will spread throughout the US anytime soon.

Nevertheless, the mood in New York today is joyful as LGBT couples tie the knots that they have so long been making.