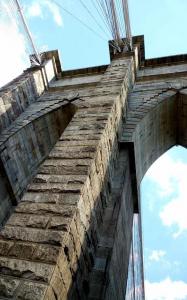 On November 26th, Justin Bieber spent hours at Barnes and Nobel signing thousands of copies of his book “First Step 2 Forever: My Story.” The book describes how JB went from being a barely-known Youtube uploader to a music celebrity making videos with the very famous Usher.

Hundreds of fans camped out on Fifth Avenue for days, awaiting the Biebs’ arrival in Manhattan. The day of the signing was rainy and cold, but that did not discourage thousands of people, both young and old, from waiting outside the bookstore. One thousand books were supposed to be signed at the event, but Bieber ended up inviting another 1,000 fans in for autographs.

Justin’s fans were all shocked by the new haircut he sported at the gathering. Later it was revealed that Bieber had merely combed his hair in the opposite direction for fun, and that his characteristic ‘do was still intact. The relief throughout the female teens in the country was quite palpable.