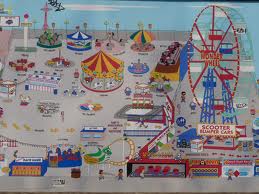 Last Sunday the old Coney Island was escorted to its final resting place, symbolically, of course, while the new Coney Island was welcomed. Marching solemnly along with a black coffin-like box was the Jambalaya Brass Band, playing subdued dirges while they were gazing respectfully at the ground and their wing-tip shoes. At the end of the procession down West 12th Street the mood suddenly changed as mourners reached the Boardwalk. The band began to play some down-home Dixieland jazz, while the funeral marchers and pall bearers danced to the upbeat music. Out of the coffin popped a mermaid with a gold sash around her body labeling her as ‘Ms. Rebirth,’ the symbol of the renaissance about to hopefully unfold at Coney Island.

This New Orleans style funeral, traditionally reserved for humans who have passed on, is becoming more popular as a way to say farewell to institutions, sports teams, buildings, or changing neighborhoods which have passed on into the realm of history. As Darryl Young, the leader of the procession explained the event which said good-by to the old and welcomed the new: “We don’t want people to say, ‘How did they just end Coney Island and start this new thing?’ We want to put it in the light one more time.”

James Demaria, who organized the event, is a filmmaker/photographer. He wanted not only to memorialize the great Coney Island of the past, but to prepare everyone for the hopefully equally great Coney Island of the future. Mr. Demaria had heard about the fight between some of the older establishments of Coney Island, such as Ruby’s Bar, Shoot the Freak and others making up the “Coney Island Eight“; and Central Amusement International, who has the long-term city lease for a large part of the land at Coney Island and the Boardwalk.

The dispute   was sparked last October when Central Amusement, a subsidiary of an Italian-based company, informed the Coney Island Eight that they had to leave the premises by November 15. But the group did not just pack up and go; instead they fought the eviction in court, and this past March they reached an agreement: while most of the businesses could stay for one more season, Shoot the Freak had to go now.

The settlement unsettled Mr. Demaria, who, at age 39, remembers with great affection his family trips on weekends to Coney Island from Valley Stream, New York, where he grew up.

“It was a place for working people to go during the summer” said Demaria. “It was a place where you could go to the Boardwalk and have a hot dog with your family.”

Another organizer of the New Orleans jazz funeral, Dick D. Zigun, is the executive director of Coney Island, USA. This organization runs a sideshow, hosts the yearly Mermaid parade and curates the Coney Island Museum. Mr. Zigun called the funeral “a poignant send-off” for the old Coney Island businesses which will be forced to leave, but it is also a hopeful symbol of the great future awaiting the emerging new Coney Island.

Several elements of the old Coney Island will be incorporated into the new, explained Mr. Zigun. Rolling chairs, human-powered rickshaws that used to roll down the Boardwalk from the 1920s to the 1960s, are expected to make a glorious comeback; the Dreamland Pier bell, which was lost out to sea during a fire in 1911 but was rediscovered in 2009, was back in Coney Island, at Mr. Zigun’s multi-arts center, for events on Sunday. There are also new bars popping up along West 12th Street.

“It would be tragic if the Coney Island Eight were forced out and there was nothing to replace them. But if it’s version 2.0 or 3.0, then this is a Coney Island for the 21st century” Mr. Zigun said. “It will remain New York’s summertime square.”