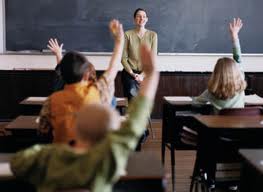 Certainly, yearly or even quarterly evaluations are important in most professions.  These evaluations, however, are done behind closed doors and allow the employee and the employer to target areas for growth and improvement – and those where the employee already excels.  Few businesses would consider doing such evaluations publicly, and then printing the results.

Why, then, is this deemed acceptable by the New York City Department of Education?  Having just published ratings on the city’s 12,000 teachers, the Education officials should be ashamed of themselves.  First of all, the rating system is a complicated “value-added” formula that focuses almost exclusively on test results.  We all know that test results are not at all the exclusive parameter of a teacher’s success, and it is a sad day when we make this the only deciding factor.

Secondly, does anyone think that publicizing the scores that reflect (however poorly) teacher performance is going to motivate teachers?  Rather than treating teachers like professionals, these scores treat them like children; what other profession would possibly rate its employees and put that information out for public consumption?

Even those teachers who scored at the highest end of the spectrum are making noise about the scores. As Rebecca Victoros, a fifth-grade teacher at Public School 122 in Astoria who earned a 99 (the highest score) in English and math, said,

“There is so much involved in the job that I can’t see one measure deciding whether you are a good teacher.” She continued, “Someone could get a zero and still be a fantastic teacher. I’m sad for those teachers.”

Out of the 12,000 teachers who were rated, two dozen received the lowest possible score and 105 received the highest marks.

As another teacher, Kenneth Berman, who teaches at Public School 306 in the Bronx said,

“It’s ridiculous that I’m being rated on the basis of the test scores alone, when there are so many other elements to successful teaching.”