We all know that New York is where it’s at. Now, Hollywood seems to finally be clueing in to this reality. A record number of television shows will be hitting the streets of New York this year starting in August, to film their fall line-up.

Places that Smack of New York

As Katherine Oliver, the commissioner of the Mayor’s Office of Media & Entertainment proudly boasted,

“Times Square, the Empire State Building, a cobblestoned street in the West Village, a row of town houses on the Upper West Side — these are iconic locations that smack of New York City.”

And they’ll be part of the 23 television shows filmed this coming year in New York, which will include eight new programs. 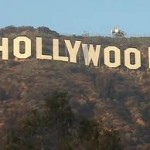 The film industry is good business for New York, as it employs 100,000 New Yorkers, supports 4000 businesses and brings in $5 billion each year to the economy of New York.

Amongst the 23 shows filming near us this fall will be 8 fresh faces. These include: “Pan Am” for ABC being filmed at 488 Ninth Avenue and 20 William Street; “A Gifted Man” for CBS being filmed on Randalls Island and at the River CafÃ© in Brooklyn; and “Girls” for HBO being filmed at The Edge condos in Williamsburg, at the Tom & Jerry’s Bar and at Arlene’s Grocery on the Lower East Side.