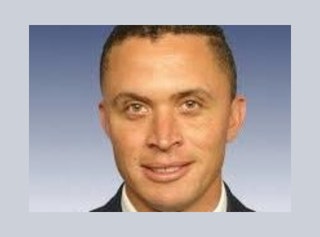 Harold Ford Jr’s advocacy extends to other arenas, including politics and education. A former Congressman who represented the state of Tennessee from 1997-2007, Harold Ford Jr is a long-time proponent of community empowerment. Voted into office at the age of 26, Harold Ford Jr was the one of the youngest members of Congress in US history.

During his time in Congress, Ford served on the education, financial services and budget committees. He was chairman of the Democratic Leadership Council as well as Special Assistant at the US Department of Commerce. Harold Ford Jr was also the keynote speaker for the 2000 Democratic National Convention. Harold Ford Jr is the author of More Davids than Goliaths: A Political Education.

As an author, politician, and businessman, Harold Ford Jr believes that ending the cycle of poverty should be a national priority.

“I love that this organization is fighting poverty by helping kids, looking at all aspects of their lives, supporting the capacity they have to succeed when someone believes in them and is willing to invest in them. The amount of return you get on every dollar invested here, and the way the organization is taking poverty personally, that’s the only way we’re going to combat poverty—not only in NY, but around the globe.”

The Milestone Gala took place at the Ziegfeld Ballroom in Manhattan, NY.