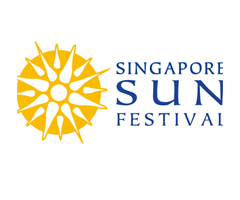 As the cold starts to settle in around New York, it’s time to think about traveling to exotic locations. During November each year, the Singapore Sun Festival allows New Yorkers and others to get away in style and to have a wonderful experience. This annual music and lifestyle festival, founded by Barrett Wissman of Los Angeles and IMG Artists, is one of three Sun Festivals that they have created around the world.

This festival runs over ten days and takes place in many venues across Singapore. It includes music, visual arts, wine, cuisine, film, literature and so much more. As described on Barrett Wissman’s website,

“The festival brand was founded on a single belief — to inspire people to live well through enjoying cuisine, wine, film, visual arts, wellness, music and literature. The Festivals attract a local and international audience who experience 10 Days of Living Well. Growing from strength to strength since its first year in 2007, the Singapore Sun Festival 2010 was the most highly anticipated lifestyle festival in Singapore in 2010 and enjoyed sold out events, rave views and standing ovations.”

When describing Wissman and his programs, Eluxe Magazine said it best.

Wissman carefully selects artists from different disciplines and allowing them to extend their talents and passions into branches of the arts they’re not normally associated with. Some examples? Robert Redford reciting poetry in perfect synchronicity with the strains of an orchestra; Jeremy Irons throwing his heart and soul into the role of Chopin while accompanied by a Chopin sonata; Anthony Hopkins receiving a standing ovation for his conducting his own works as a composer;   Sting and Trudie Styler performing alongside some of the greatest classical musicians in the world as the passionate and turbulent couple,   Robert and Clara Schumann.

Certainly, this would make for a unique getaway with lasting memories for any New Yorkers among us.