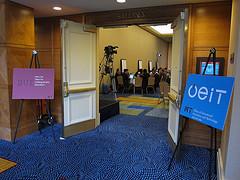 Three adults returning from a wedding in the Dominican Republic have been confirmed to have been stricken with cholera while on their visit. Reporting symptoms of diarrhea and dehydration, the classic signs of cholera, a commercial lab notified health officials of their discovery last Friday.

None of the victims had to be hospitalized, and all have already recovered from their illness. These cases were the first reported in New York since the outbreak of cholera in Haiti a few months ago. The Dominican Republic has been trying to prevent the feared disease from spreading to its shores from nearby Haiti, and investigators are going to test the New York victims to see if the strain of cholera that they were infected with indeed originated in Haiti.