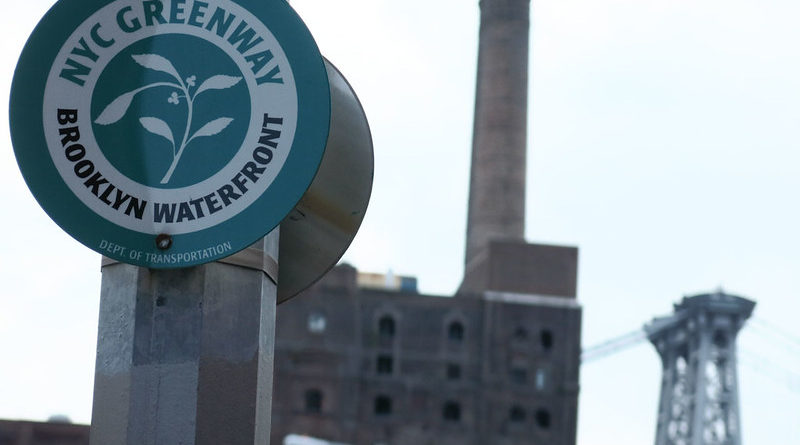 Mark May 31st on your calendar for a biking experience along Brooklyn’s waterfront that you will not want to miss. Known as the “Greenway Ride,” the 26-mile bike trip will take you on an awesome trip on the Brooklyn Waterfront Greenway.

The Greenway is a project which has been in the making for almost 20 years. It is the brainchild of the Brooklyn Greenway Initiative, a not-for-profit group, launched in 2004, with the goal of developing and establishing the Greenway. BGI’s timeline is to have the entire Brooklyn Waterfront Greenway finished by the end of 2021.

The goal of the Greenway Ride is to raise awareness of the project, as well as money. Participants who sign up before April 30, 2020, will pay $66, while those that sign up after will pay $77. If you wait until the day of the ride, the price will be $80 to participate.

The last such Greenway Ride took place in 2018, with the final stop at Riis Beach. This year’s ride is 26-miles, beginning at Greenpoint near the Greenpoint Playground and terminating at the Finisher Festival to be held at the brand-new Shirley Chisolm State Park, which opened just last year.

Also highlighted will be the places the Greenway does not yet include, like vinegar Hill, DUMBO, Red Hook, and a long space between Gravesend in Coney Island Creek and Sheepshead Bay at Plumb Beach.

The executive director of BGI explained that the goal and purpose of the Ride is to ” raise awareness of the Greenway and what it provides to all Brooklynites, and to activate the Greenway as both a recreational trail and viable commuter route along the waterfront — and to show/connect people/participants to the lesser-known parks along Brooklyn’s waterfront.”