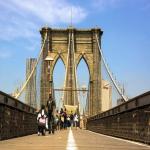 There has actually been a dress code for cabdrivers since 1987, when customer complaints encouraged the TLC to ban attire such as sleeveless shirts, open-toed shoes and short shorts. However, those rules were quickly abandoned when they were not enforced.

Yassky explained that the new rule is less complicated and easier to follow. It gives no definition of a professional appearance. He added that “it will also have the positive effect of reminding drivers that, in a customer-service oriented industry, there are professional standards that have to be met.”