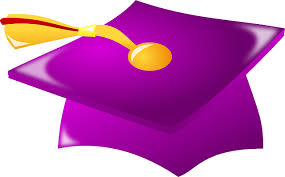 One young woman from Brooklyn showed her classmates, and the world, that no matter the challenges, with enough hard work and will power, success is still attainable.

Johileny Meran delivered the Valedictorian speech on Friday at the Juan Morel Campos Secondary School in Brooklyn. She graduated the top of her class and received a full scholarship to study at New York University despite the fact that she has cerebral palsy and is confined to a wheel chair. Her accomplishment is even more remarkable since her mother died five years ago from cancer, and she grew up in a homeless shelter.

“I made it through. I was able to overcome many of the things that stood in my way,” she said.

Her remarks brought many present at the graduation ceremony to tears. Her obviously proud uncle said, “It’s a good feeling when somebody have the power, the inspiration to keep going, working for something she believed in.”

Her school counselor Mariela Regaldo stated, “The best thing about her, she doesn’t give up.”

Meran is planning to study neuroscience at NYU. She says she would like to help find a cure for cancer, an illness that took her mother, taught her about loss, and how to overcome hardships.

“It inspired, she inspired me to keep going and that’s why I’m here today,” Meran said about cancer and her mother.