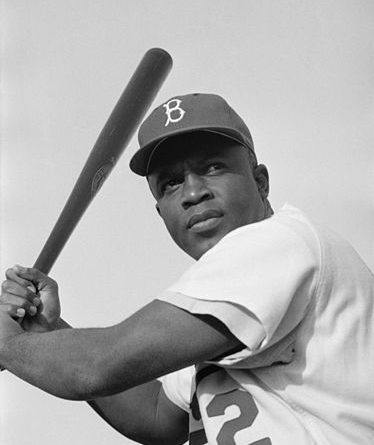 In celebration of what would have been the one-hundredth birthday of pioneering baseball hero Jackie Robinson, the Museum of the City of New York opened a new exhibit in his honor.

“We are honored to partner with the Jackie Robinson Museum in celebrating the legacy of a true American icon,” said Whitney Donhauser, president of the Museum of the City of New York. “Robinson’s trailblazing years as a Brooklyn Dodger captivated the country and these photographs offer an intimate glimpse of a defining period in American sports history.”

The exhibit emphasizes the personal side of the man that broke the color barrier of major league baseball in 1947. Rare home movies, assorted memorabilia and never-before-seen photographs round out the exhibit that celebrates the life of this exceedingly special person.

Robinson was born in Georgia, but moved to Pasadena, California with his family when he was still a baby. Throughout his schooling he excelled in sports of all kinds, including tennis, football, track, basketball and of course baseball. He served as an officer during World War II.

He began his baseball career in the segregated negro leagues. In 1945 Robinson was recruited by Branch Rickey, the president and general manager of the Brooklyn Dodgers. He played in the minor leagues until 1947, when he started his major league career at first base. He played so well that year that he was named “Rookie of the Year.”

In 1956 Robinson retired from baseball at age 37 and became an executive at Chock full o’Nuts. Unfortunately, soon after his retirement he developed diabetes, a disease which also afflicted others in his family. He died of a heart attack in October 1972, at the age of 53.

Robinson’s jersey number 42 is the only number to be retired by every team in Major League Baseball.