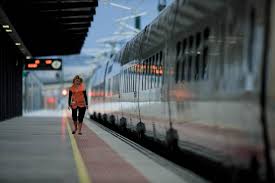 After a hiatus of five months and an $11 million makeover, commuters in Bushwick got back their Central Avenue stop on the M train line.

Among the spanking new features at the station are the repair of structural damage on the decrepit staircases and a new drainage system.

Travelers who are not in too much of a hurry will also notice new artwork and a lovely, reinvigorated mezzanine.

Federal funding made the upgrade possible, not just for Central Station but for a previous station on the M line. There is also work going on to improve three other stations in Queens.

“This was unattractive, deplorable and today what we have is a safer attractive train station, one that we can be proud of,” said City Councilwoman Diana Reyna, referring to Central Station.