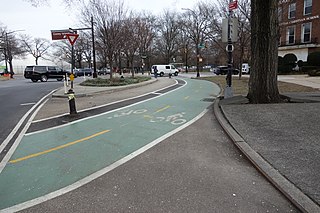 In response to an upsurge in fatal bicycle accidents in 2019, the New York City Department of Transportation is planning 30 miles of new bike lanes to be built this coming year.

The plan will include at least 10 miles of bike lanes in Brooklyn, on some of the borough’s busiest streets.

Eight streets in Brooklyn will be getting new lanes, which are usually protected from moving vehicles by parked cars or by posts. Some of the new bike lanes will extensions of already existing lanes, but others will be entirely new.

The final design for the bike lanes has not yet been certified but the DOT promises that the city will not lose more than 300 parking spots. They are not yet sure how many miles of car lanes might need to be eliminated to accommodate the bike lanes, but a spokesman for the DOT asserted that some of the projects won’t require a diminution of car lanes.

New bike lanes are needed to help reduce the number of cyclist deaths in car-related accidents. Last year 29 people were killed while riding their bicycles around New York, 17 of them in Brooklyn alone. The total number of fatalities in 2018 was only 10.

The development of the new lanes is part of New York’s “Green Wave” plan, which has dedicated $58.4 million to expand bike lanes and to retime traffic signals with cyclists in mind.

Since 2015 the city has added an average of 23 miles of new bike lanes each year. Between 2010 and 2015 the average addition to bike lanes was only 5.8 miles annually.