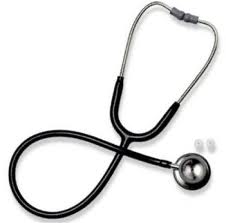 We all know that people in Brooklyn have a lot of spirit – but this doctor takes the cake.  Internist Dr. Clifford Cohen, 90, has been practicing medicine for more than half a century.  He was briefly sidetracked recently when he needed to undergo a heart valve implant in November, but an innovative procedure saved him.

The Beginning of the Issues

It all began last October when Lillian, Dr. Cohen’s wife, found him gasping for breath early one morning and couldn’t wake him.  Considered too sick for open heart surgery for his condition, called aortic stenosis, Dr. Cohen had few options.

That is, until surgeons recently developed the life-saving implant technique used on Dr. Cohen.  The Food and Drug Administration actually accepted this new technique for commercial use just two days before offering it to Dr. Cohen. He became the first in the United States to receive the transcatheter aortic heart valve implant.

“For us, it’s extraordinarily emotional to take someone at that stage of his life and career and restore him so he can practice medicine again.”

And, of course, that’s exactly what Dr. Cohen has done, getting back at work four weeks after the surgery! As his daughter, Susan, explained, “In a matter of hours, we were walking him around.”

He is now back in business, seeing patients four days a week at his Sheepshead Bay office on Ocean Avenue.  As Dr. Cohen explained, “As far as my patients knew I strained my back and was out for a few weeks.”

His family is thrilled by the new procedure.  Son, Andrew of Oceanside L.I. who recovered from his own quadruple bypass said,

Isn’t that the truth!