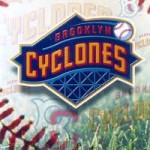 Last night, the Brooklyn Cyclones played their season opener — and what an opener it was. Playing against the Staten Island Yankees at MCU Park, they defeated their rivals 2-0.   Both of the starting pitchers managed six innings, with neither allowing for a single run. Taylor Morton, who started for Staten Island, allowed for four hits, one walk and two strikeouts, while Brooklyn’s Gabriel Ynoa allowed for three hits, no walks and four strikeouts.

Darwin Frias can take credit for the win, pitching 2.0 innings with only one hit, one walk and two strikeouts. Ending the game, Tyler Vanderheiden pitched a perfect ninth and was able to strike out center fielder Ravel Santana and first baseman Matt Snyder.

The entire evening was a huge success as the season opener, as the Brooklyn Baseball Gallery now features skee ball and alcohol. They have created an opportunity for people to meet the players from 6-6:30 pm during every game and they have a new radio station at 89.5 FM WSOU broadcasting all of the games.   Getting into the social media groove, they also have a social media scoreboard that shows the tweets about the game throughout the night.